Most recently, a new musical cycle by the American, Ukrainian and Moldovan composer Vasiliy Medved «Three Graces» for Strings, has come to completion. We bring to your attention my conversation with Vasiliy on this topic, especially since he is a full member of the Composers and Musicologists Union of Moldova.

– The plays of the cycle were inspired by the series of abstract drawings by the American, Boston-based artist Jordan Arpelle. Jordan considers herself a successor to the ideas of abstract art by Kazimir Malevich, when the primary, abstract form is filled with content through active participation in this process of the mind and heart of the contemplator. The general name of the cycle is «Three Graces». Since the artist’s series depict various permutations of primordial shapes of cross, square, and circle, I aspired to establish, through the composed  music, a connection between their multilayered meaningfullness and their timeless sourse —  fundamental ethical foundation of our civilization, represented by the minor Goddesses of Greek Mythology. The first movement is named after goddess Pasithea, who symbolizes alternative states of consciousness of the individual, and his/her spiritual, inner life, in general; the music’s content draws on the portion of abstract drwaings with various permutations  of crosses. For me, of course, the ascent to Golgotha, the crucifixion, and the descent from it into inexpressible transcendency, new state of being have become a thematic and spiritual aspiration. 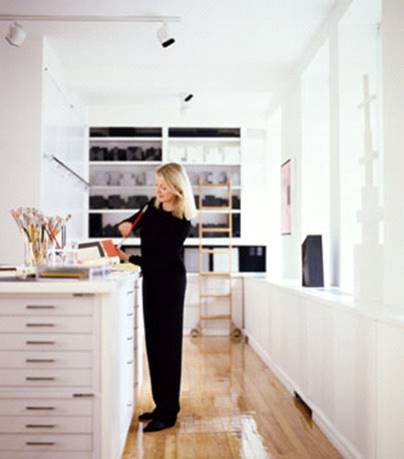 “Three Graces” is now close to my heart with a certain allusion to the work of Olivier Messiaen. I listen to Pasithea, and in my head I have thoughts about Golgotha, for which I must always be ready. In the music of the first part of the cycle, all three heroines intertwined — the Graces, perhaps with their looks, ethereal influences, but not only Pasithea reigns in the first part. The heroines of the cycle are not only graceful in accordance with the name of the cycle — they are thoughtful and there is a certain duality, asynchrony of their existence in two or even three time planes at the same time. The Graces live not only their own special life, but rather together the three of them. The cycle sounds dynamic, lofty and dramatic…

— The first part is the most dramatic, but also  — enlightened after the liberation from the cross of life. Alternative states contribute to the shifting of the plans of consciousness, which, I dare to hope, has been realized, to some degree, in music. I want to believe that the title will prepare the listener for the content of the movement. The Three Graces submerge into the meaningfullness a cycle of the drawings,where each series of pictures-symbols carries its own semantic message. That is why the dramatic connotations are fullfilled within the first movement only. The symbolism of the crosses and the drama of the content disappear from view in the second one; here, the whimsical and ubiquitous «Aglaia» comes into play.

— My personal sympathy was won by the second heroine of the Aglaia cycle -whimsical and creatively unpredictable. At the beginning, it is clearly baroque with a palpable agogic of quadrature. It is obvious scherzo and a kind of bridge between neo-baroque and neo-romanticism, which is already post-romantic and good. «Aglaia» is dedicated to the second of the Graces — the goddess of creativity in man. The music’s content  is dedicated to abstract images of quadrilaterals — a symbol of constancy and fulfillment of the expected, the change of the seasons, for example, or the implementation of the expected internal changes. As a connecting element of Greek mythology and the artist’s rendered ideas, I chose the concert fugue genre, where the expectation of a well-known unfolding  form is combined with the unexpectedness of plot twists within a polyphonic narrative. The creative approach to address eternal themes – love, joy of life, helped me to achieve some novelties of the proposed content in a well-known frame of form, and the internal dialogue in this venue, I think, reveals the idea of ​​the movement.

— «Aglaia» — absorbed a lot of historical and stylistic influences, caught on the train of grace — the forest goddess. The impression that she wanders through the forest, or rather, flies between the trees, catching branches of meanings that were alien to her until now. This is a thing that synthesizes a lot of whimsical, from which it gives rise to creativity, a lot of random, revealing new patterns, approved from above by the overshadowing of the cross. If the first grace of «Pasithea» ascended Golgotha, then the second — rushed to the stormy streams of creation. Drama is not interesting to her and not scary. She lives in the colorfulness and diversity of life. For her, God is creativity, he calls for it, but does not give guarantees. For the world is so multifaceted and multidimensional that it is foolish to sit on the same chair and even on the same dogmas. It is variable — opening up new spaces, not being afraid to turn ideas about the former into fragments. It creates itself, it destroys itself, catching fragments on its trains and pouring into new spaces, even if familiar canons. Its strength lies in the eternal non-stop creation. In general, a certain theater of the “Three Graces” appears, although designated as three variants of a single, but very different and living in non-common spaces. They communicate in shadows, shades, but, as it were, not quite real.

Elena UZUN
— The first part of «Pasithea» passes through the soul, stringing it on the ends of the crosses. There is a certain message here, a text, a search, a conversation — very important, piercing, essential, but not sharp, looking for a solution to dramatic problems in a shift in consciousness and conveying the process of re-emphasis or even double emphasis at the same time. Man appears to the world like this, forced to set and solve problems. And often not one-dimensional, requiring essential changes not only in oneself, but also in the environment. That’s why offsets.
The second character of the Aglaia cycle is easier; she is not so doubtful, but self-confident, because she already knows that she herself assembles realms, and they are subjects of her creativity. She can transform them as much as she likes — today raising them up, and tomorrow breaking them into pieces. Aglaia knows that the concept of value is decided by her own being and will. It’s very interesting, which means that «Pasithea» is introverted and Aglaia is extroverted. But what meaning does “Euphrosyne” conveys in the end, whose task is abstractly expressed in the phrase “to rise and shine”?

Vasily MEDVED
-“Euphrosyne” depicts an inner state that creates music-love, music-witness of unthinkable blessings bestowed on the soul and the whole being of a person, as a reward for the purity of his thought and intention. The main difficulty was in an attempt to compose this music not from myself, but, rather, to — witnessing the ongoing inner events and write them down: this, in turn, led to the emergence of a through-composed form that, actually, arrives to the very beginning of the piece (the last event became the transformed first one), and – dissolves into unknown open end. The primordial light descended to us from above, as an all-encompassing saving idea, and our movement towards it coexist, in reverse order, symbolizing its effective embodiment.
The problem of the presence of previous ideas is solved by giving the musical text the visual symbols of the Square-Circle-Cross, and superimposing them on each other, in the score, by means of utilized collegno, sul ponticello, sul tasto, and pizzicato techniques in strings. The third movement is the most challenging work, in terms of its content, that I have ever attempted to accomplish. – No matter how you shift spaces, or create new worlds, in the music of faith we must be imbued with eternity. Eternity is the judge of everything, and this is a difficult matter. The third part synthesizes the properties of the first two, and its quality is different — in fact, the Harmony of the world. From the first notes, LIGHT oozes from the score — a special, extended, dripping, transparent, building something from the past through time. Listening, you grow a Light in yourself, which you seem to have known for a long time and saw again. He stratified, gradually forming a dome-elevation — not simple, thorny, in search of finding a form that he longed to know from the very beginning and which did not exist before birth. She, like a premonition, is not clear, but expected. Finding harmony through pizzicato plucking. As if planed, cleaned, suffered through many layers. And having removed everything superfluous, he instantly left … Where to? It’s not to be spoken. We cannot predict anything, and this is the joy of Eternity. We are mortal — our ideas are not! Let the graces fly, for they are free, and they are given a privilege of eternal soaring.

THREE GRACES
Dedication to the cycle of Vasily Medved

Three Graces hover in the projections of the soul, in the space of loneliness.
Their path is not known to us, and should not be known in advance.
The movements of fate are sometimes dramatic, sometimes bright in the torment of prophecies.
But happy is he who will always pass along the edge of the stones in before
the Sanctuary’s glowing windows.

No matter how you play with fate — do not puff up, do not dress in greatness —
we must be imbued with eternity, we will dissolve in it.
You will go around three circles, at three crosses, puzzled by the question,
do not forget to ask the Lord about the futility of your efforts.

You will not find an answer. Let each one search for himself what efforts lead to.
The eternal search is our destiny, ringed with a triple seal.
At the feet of the Savior, you can be forgiven, if you were honest, and the spirit
by faith will gain immortality on a beam of luminous icons. 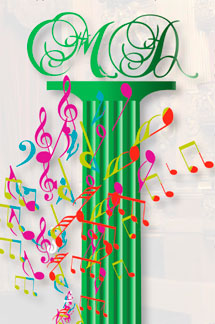